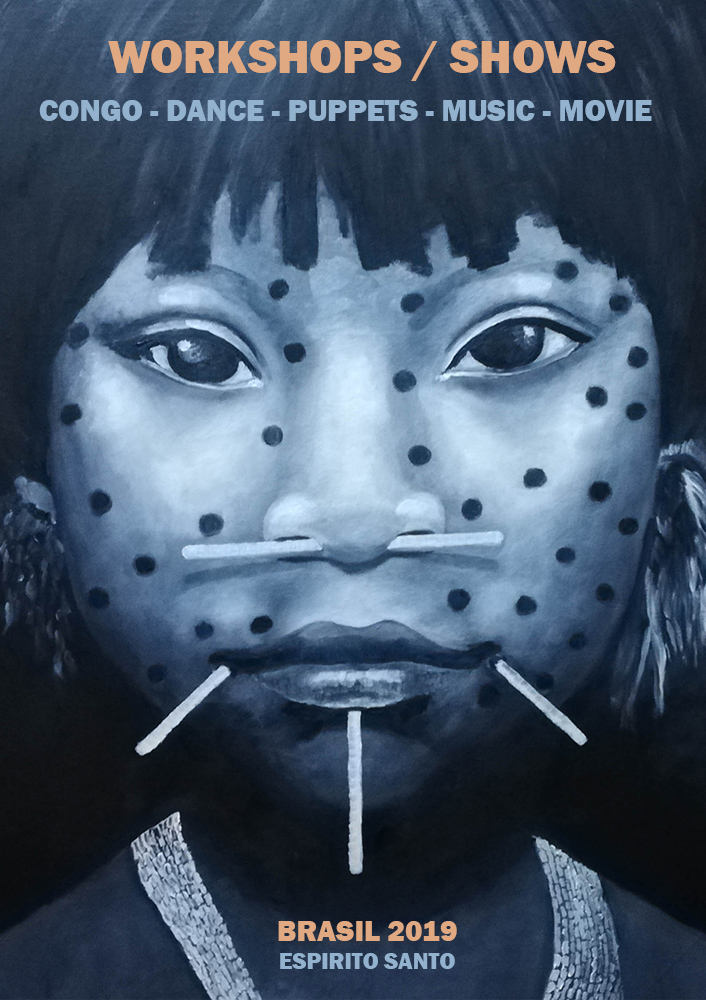 THE SOUND OF THE INDIGENOUS’ HEART

The project “The Sound of Indigenous’ Heart” is a performative proposal which gathers different artistic languages (theater, dance, graffiti, painting and music) aiming to promote a rereading from the director Peter Serge Butko perspective.

The initiative came in 2018 during the tour “Birds in the House” in which the director with the show cast made immersion in the local culture of the cities Vila Velha and Vitória in Espírito Santo state, Brazil. At the first moment, they knew Barra do Jucu, area marked by Congo culture, by the contact with nature and proximity to the locals. In Sequence they were introduced to two communities in the outskirts of Vitória city. The first contacts with the local culture was mediated, in Barra do Jucu, by Maria Goretti Medici Macedo and in the outskirts by the actress Meireke Goltara. Allowing the cast to know the potentialities from each area, resulting the outbreak of the project “The Sound of Indigenous’ Heart”, performative action resulting by the knowledge acquired during the stay in Brazil.